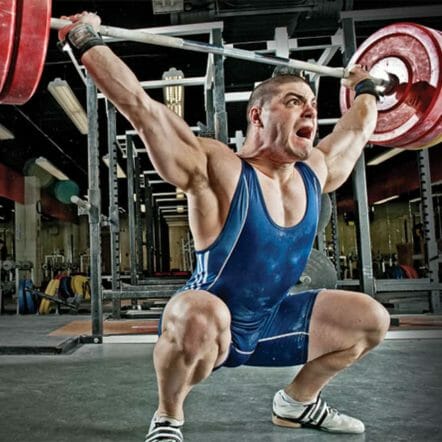 The Snatch Lift – What You Need to Know

The snatch lift is one of two fundamental lifts in Olympic weightlifting sports. The other is clean and jerk. It’s a complex lift that takes months, or even years, of practice to achieve, so be prepared for the long haul. This is a lift that requires explosive power.

If you want to master the snatch lift, iron out any bad habits in your lifting techniques. You’re going to need endurance and strength. Plus lots of patience to reach your full potential in accomplishing the perfect snatch technique.

This is an impressive overhead lift to watch. Many athletes use the snatch lift as part of their weekly training to build up muscle power.

What muscles does snatch lift work?

The snatch also has a secondary effect on the upper part of the body. This includes the deltoids (curve over shoulder). It will also have bearings on the postural muscle known as the trap, situated between the shoulder blades. Plus the abs (running down the front abdomen wall).

There are various important phases in the operation of this exercise. Each phase varies on whether the muscles moves in a concentric, isometric or eccentric way.

The muscle is squeezed and shortens, readying to generate power. This type of contraction requires energy and is used in moves such as the uplift of the bicep curl.

This is when muscle does not change in length. It still requires energy to create the power needed for the force demanded of it. It’s used in moves such as holding a weight in a static position.

Is when a muscle lengthens to take a high external load, such as the lowering part of the bicep curl.

How much Should i Be able to snatch lift?

To decide how much your load should be will depend on your body weight and your lifting technique. Mastering your technique will allow you to snatch the most weight. That’s why you must practice to iron-out any mistakes in your technique. This can be a major factor in costing you how much you can lift.

As a rule of thumb:

For beginners, a female should lift around 65% and a male around 75% of their body weight.

As you reach the intermediate stage, a female should lift around 75% and a male around 95% of their body weight.

In the more advanced stages, a female should lift around 85% and a male around equal to their body weight.

The ultimate goal will be, a female lifting equal to their body weight, and a male around 10% more than their bodyweight.

If you can’t seem to achieve these goals, then look at your technique. Only with practice will you get there because the snatch is about doing every single movement right.

It’s important to understand your limitations of lifting.

How often can I snatch lift?

Although it will take many hours of training to perfect the Olympic snatch lift, you must be careful not to suffer fatigue. If you lift too heavy a load, it can lead to poor training methods. If you overdo your training sessions, you’ll not have the energy needed for this explosive power move.

For keep-fit enthusiasts, look to perform around 2-3 days a week for half-hour sessions. During those sessions, you should practice all the Olympic lifts that you want to encompass in your training. That way, you still have time to spare for other training programs that you wish to include in keeping healthy.

For the more advanced weight lifting athlete, you should look to be doing around 5-6 days. with at least an hour devoted to your Olympic lifts.

Remember, most of your training is not about increasing the load but more about improving your technique. Do that and extra weight on the load will be achievable.

It’s important to think about your personal technique, so you can progress.

How to Snatch Lift

There are 5 stages to the snatch lift: 1st Pull, Transition, 2nd Pull, Catch, and Recovery. When you’ve mastered the snatch lift, it will flow as one smooth move from start to finish. Here’s one suggestion on how to get there:

Stand upright with feet a little wider than the shoulder line. Toes should be positioned under the barbell.

Drop down to a seated position with your back in a straight line. You’ll need a wide grip of around 30-inches. Your hold should be at the ends of the knurled sections. Keep your eyes looking forward at all times so your head remains still. Grip the bar in an overhand position. Your body will now be in a squat position. Push your feet down into the ground to give you the momentum to lift the bar close to the legs.

As you explode out of the squat, widen your feet to align with your ankles. Lift by using the back of your legs (glutes), and lower back. Keep the elbows positioned outwards. Use that explosive power to pull past the knees and up to the thighs, without the bar touching your body. Push the load from the heels to the balls of your feet. Don’t allow elbows to touch knees. This is where you’ll use hips, knees, and ankles to push the load.

As the bar reaches the chest, begin your descent into the squat, readying for the final lift. At the same time, shrug the shoulders backwards so the bar passes over your head. Your wrists will twist allowing you to push the load through your shoulders and triceps. Move your body underneath the bar as you lift it. Lock your arms straight once the bar’s behind your head.

Now you are in your prime position – enjoy!

Keep the back in a straight line and your feet at least shoulder-width apart. As you stand up, push through the knees first and only then extend the hips. All the while keeping the bar aligned with the feet. Once you’re standing upright, with the bar above your head, you can lower it to the chest and drop it to the ground.

If you want to practice the snatch, there are other options for training equipment than a barbell. You can also train using a dumbbell snatch or a kettlebell snatch.

There are many derivatives of the basic snatch lift. For example, the snatch v power snatch lends an easier variation. The power snatch means you don’t go down as far with the squat to “catch” the bar.

When you compare snatch vs clean and jerk, you will notice that that the snatch uses lighter weights. The snatch is a show of control, whereas the clean and jerk is about strength and power.

We mentioned the second fundamental Olympic move is the clean and jerk. A derivative of this is the clean and press. The first part of both techniques is called the clean, and are identical. It’s the technique in the second part that differs, which is where you lift overhead. Master the press first, and it will make it easier to perform the jerk.

It’s worth pursuing in this order as clean and press workouts will help improve your technique. Clean and press benefits are important if you wish to master the second Olympic lift of clean and jerk. 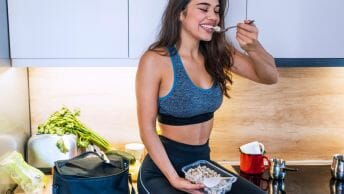 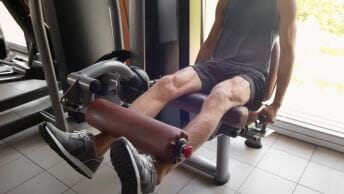 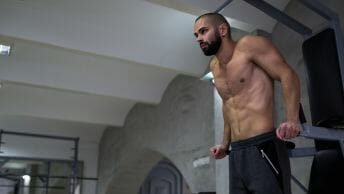 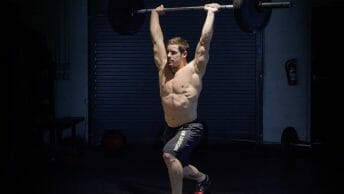 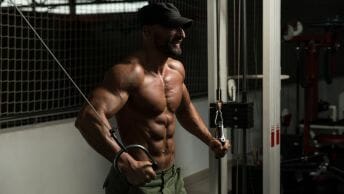 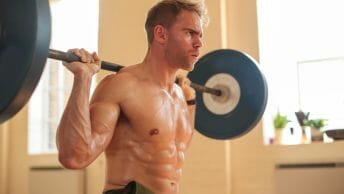